A buying guide to the best graphics cards (GPU) for Graphic Designers on all budgets. 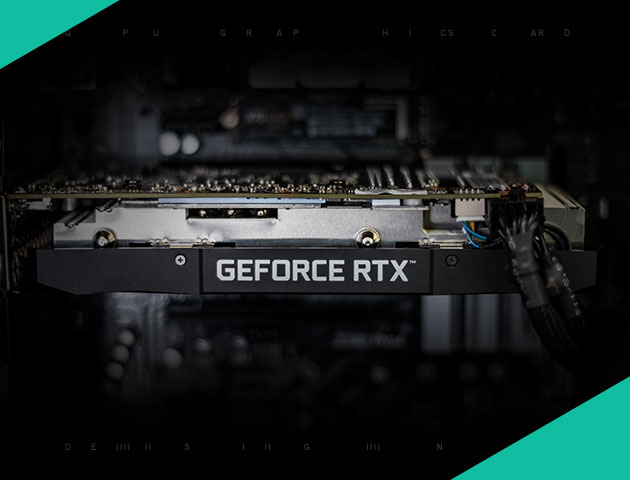 This article is all about helping you choose the ideal graphics card (GPU) to meet your graphic design needs. To help you find the best graphics card for graphics design, I will summarize my research and personal experience using a number of different GPUs over the years. So that you can find what’s right for your unique situation. Let’s go!

Here are a few Graphics Cards I recommend for Graphic Designers on three different budgets.

Here is more information to help you understand what should be considered when choosing a GPU for graphic design.

If you are a building a PC for Graphic Design, choosing the right graphics cards can be a key component to help your workflow.

The GPU, or Graphics Processing Unit, also known as the Graphics Card, translates the tasks your PC is computing into images and sends them to the monitor.

The good thing for Graphic Designers is that the majority, if not all, of their tasks, are not GPU intensive. Most Graphic Design tasks are handled by the CPU, and system RAM. As a result, the graphics card is one area you don’t have to break the bank over.

If you do any 3D, video editing, motion design, or play games in your spare time, you should consider a more powerful GPU. Even if you don’t partake in the aforementioned, you still want a competent GPU that will render visuals smoothly on your display.

In this article, most of the GPU’s we recommend are designed for computer gaming, except for the Quadro. However, the technical features in gaming graphics cards are excellent for design PCs. And with so much demand in both gaming and design markets, you can get a solid GPU for a relatively low cost. That said, the higher-end GPUs I recommend in this article are expensive and meant for designers who also work in 3D, Motion Graphics, Video Editing, or those who enjoy gaming on the side.

If you are a graphic designer looking for a capable GPU in the sub $300 price range, the GTX 1050 Ti is a great choice. It’s worth noting that this card is running on the older Pascal architecture. Also, with this budget-minded card, you get 4GB of GDDR5 128-bit memory bus. This is ok for most graphics designers that work purely in 2D. But if you do any video editing or 3D work, you should opt for one of the cards with 8 GB GDDR6 VRAM.

If you are looking to spend $500 or below, the RTX 3060 Ti represents the new value benchmark in this price range. The new Ampere based architecture RTX 3060 Ti outperforms higher-priced 20 series GPUs, at a lesser cost. This card will easily feed dual 4K monitors and handle light 3D work and video editing. Overall, if you are shopping in the sub $500 range and still needs a solid performing GPU, the RTX 3060 Ti is an excellent choice.

New levels of performance in the $500+ range

The RTX 3070 is a high-performance value graphics card that, depending on price movement, provides amazing value in the $500 – $700 price range. This card is essentially a more affordable 2080 Ti, but built on the new Ampere architecture. It might only have 8 GB of VRAM compared to the 2080 Ti’s 11 GB. But with a massive 5888 Cuda Cores, 184 Tensor Cores, and 46 RT cores, this GPU goes above-and-beyond typical graphic design needs, crushing video editing workflows in After Effects and light-weight 3D workflows.

While the Quadro cards are pricier than the GeForce, there are some benefits. It really comes down to peace-of-mind and reliability. Quadro graphics cards are built specifically for design professionals. With 2034 Cuda Cores and fully ISV certified this professional-grade GPU is ideal for designers who use Adobe apps like After Effects, Premiere Pro, and other 3D programs.

Knowing what makes up a graphics card will put you in a better position to choose what is right for your PC. Both from a compatibility and features perspective.

Power:
GPU’s use power and generate heat. This is referred to as “Thermal Design Power” (TDP), which is measured in watts. You want to make sure that your power supply can handle the number of watts the GPU requires. In addition, you should calculate how much power the other components use.

Memory:
Memory is GPU’s are referred to as vRAM. This memory is used to store data needed to render information on the display. You will likely see GPU vRAM options ranging from 2Gb, 4Gb, 6Gb, 8Gb, and even higher.

How much vRAM do you need for Graphic Design? If really depends on what programs you work in, and your monitor(s) resolution. If you are working in 3D or Motion Graphics, your GPU will need to store more complex data, in order to render it on screen.

If you are running one or two 4k resolution monitors, I would go with 8Gb. On the other hand, 4Gb is fine for monitors under 4k resolution.

Connections:
Most GPU’s feature the following ports. DVI, HDMI, and DisplayPort. How many of each will depend on the specific model. Knowing what connections you need on your graphics card will depend on your monitor set-up.

Not only should you think of your current monitor set-up. You might want to add a display, as Designers often run two or even three monitors for better multitasking.

Overall, there are two main considerations when it comes to the interface. You will have to assess your motherboards for slot compatibility with the GPU. Second, is that surrounding components provide enough space for your chosen graphics card.

How To Choose A GPU For Graphic Design – Quick Tips

Operating System: If you have a Mac computer, you will have to go with an AMD graphics card. Also, your Mac will have to be a 2019 Mac Pro or newer. The reason being, AMDs modern GPUs are only supported by new Mac Operating systems.

Generally speaking, Nvidia GPUs perform a bit better in Adobe Software. This is why all my recommendations are from Nvidia. However, if you need an AMD GPU for Mac, the AMD Radeon Pro WX 8200 is a highly regarded powerful GPU.

PC users will have more flexibility. NVIDIA or AMD GPUs will both work. However, for Graphic Design and any video editing or 3D work, I recommend NVIDIA GPUs over AMD.

What kind of screen(s) do you have? Simply put, monitors range in size, resolution, and quality. If you have a 4K screen or multiple screens, a more powerful GPU with more VRAM is preferred (Ideally 8 GB of GPU VRAM). 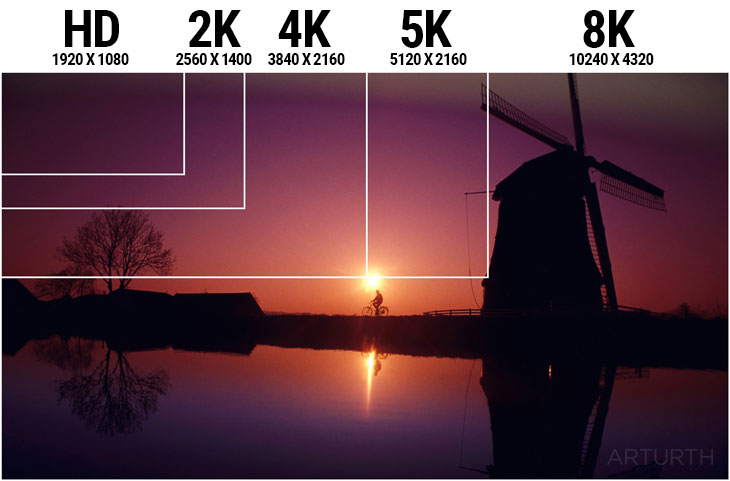 Do you work in 3D, Motion Graphics, or Video Editing? If yes, your GPU can help your CPU process more complex data. In this case, I recommend a card with 8Gb of VRAM (GeForce RTX 3060 Ti, GeForce RTX 3070, or NVIDIA Quadro P4000). Or check out our article Best Graphics Cards For After Effects.

Do you have enough power? You will need to look at how many watts your power supply has. Then add up all the other components with your desired GPU.

Do you have enough space? Look up specs on your case to find graphics card compatibility. Then look up your graphics card length. Only super compact cases have issues. Most mid-tower cases can fit most GPUs. Higher performance GPUs are taller and longer due to more internal components and beefier cooling. Once you measure the available space, take a look at the specs for each card we recommend to see if there’s a fit.

Save money for the CPU and RAM. Graphic Design PC builds need powerful processors and memory to store lots of data. How that data is rendered on screen is important, no doubt. But for designers that mainly design in 2D, your money is better spent on a CPU and RAM.

What Is The Best Graphics Card Brand? Nvidia vs AMD

I’m going to sit on the fence with this. There is no best brand for GPUs. What is best will always depend on your needs, use case and budget. Either way, let’s review some of the key differences between Nvidia and AMD.

Are Quadro and Radeon Pro cards worth the extra money for graphic design workstations? In my opinion, it is hard to justify the extra spend, considering they are built on the same architecture and have similar specs. But if you look a little deeper, there are key differences for those who are serious about their PC build.

Why are professional graphics cards better than gaming cards? First, Quadro and Radeon GPUs have certified drivers that have been optimized to work with some of the most popular design software. These drivers and the Quadro cards specifically are generally looked at as more reliable. Plus Quadro cards are aimed at enterprise users who need software vendor support and updates.

Perhaps the most notable difference is how these two lines of GPUs are manufactured. For gaming GPUs, Nvidia and AMD sell hardware licenses to other companies such as MSI, Asus, EVGA, and Zotac. These companies make tweaks to some components like cooling and clock speeds. In contrast, Nvidia Quadro cards are produced by one specific manufacturer, PNY.

Based on all my research online, Nvidia is generally regarded as a better value for top tier cards. Reason being, Nvidia is known for slightly better performance and reliability on professional workloads.

AMD, on the other hand, offers great value for gaming and graphic design users in the mid-range price tier. Either way, having such a rivalry will only lead to further innovation in graphic cards. This is good news for designers and gamers alike.

What Graphics Card Do I Need For Photoshop?

For most Graphic Design tasks in Photoshop, you don’t need a powerful GPU. But there are benefits in Photoshop by having a decent GPU. With a better GPU in Photoshop, you will see subtle differences in how on-screen movements are rendered smoother (such as zoom, pan, and drag). Let’s look further at how Photoshop uses a GPU.

With a compatible GPU, Photoshop will make use of more features. Here is a list of features that will and won’t work without a GPU.

If you have an unsupported GPU, or it’s disabled you won’t be able to use the following features.


Features that require a graphics card for acceleration: 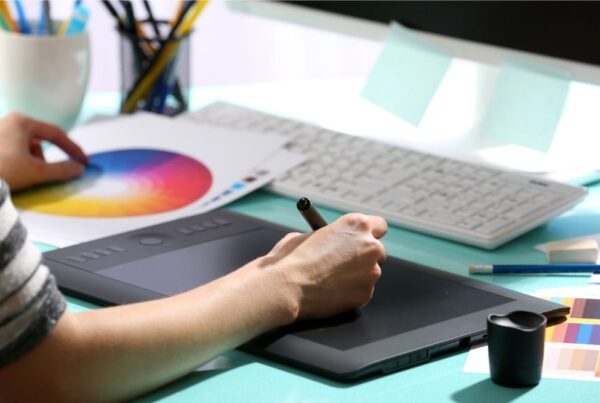